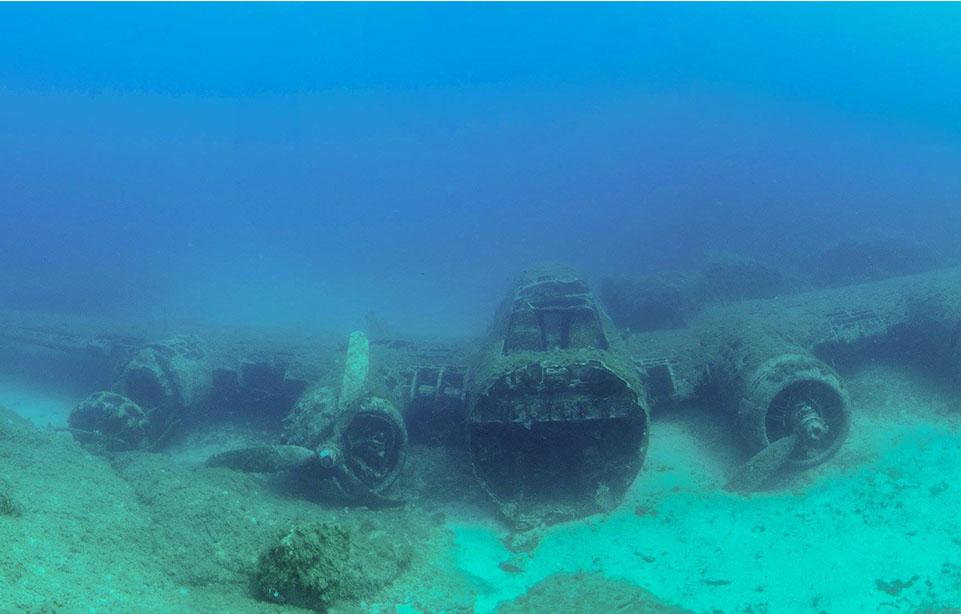 “That’s how I put the B-17 on the waves, very close to and facing the citadel of Calvi. The plane didn’t break during the operation and floated for a few minutes, which allowed us to evacuate, except for the three machine-gunners killed during the attack, whose bodies sank with the wreckage”. Second Lieutenant Chaplick.

Today, the wreck of the American bomber B-17 flying fortress is one of the most beautiful wrecks to visit in the world. It lies upright on the sand between 25 and 28 metres deep at the foot of the Calvi citadel.